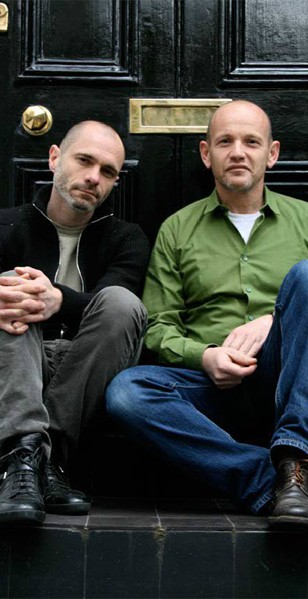 “We approach each new commission with a fresh eye and mind… every project is different, the creative process starting with an instinctive response to the site and the understanding of our clients’ requirements and lifestyle. We believe gardens should complement and enrich their surroundings; hence we don’t have a fixed style but favour clean lines, playing with scale and proportions, beautiful materials, unfussy detailing and giving our gardens a strong structure to support more, softer planting. When possible, we furnish our gardens with bespoke elements and enjoy designing seats and benches, gates, fountains and containers. Our work has taken us to many different and interesting parts of the world; we enjoy working for different individuals and in such varied conditions and environments and intend to continue to do so - new places, new people and challenges excite and stimulate us.”

Founded in 2000 as a partnership del Buono Gazerwitz has grown into an established, eight-strong practice working on some of Britain and Europe’s most prestigious gardens and estates. With a current portfolio of UK projects both in London and the country, as well as gardens in France, Switzerland and Tuscany, del Buono Gazerwitz has cemented its reputation as a design team sensitive to the landscapes, materials and people it works with. Having worked in locations as varied as Greece, Luxembourg, the United States and the Caribbean, Del Buono Gazerwitz also undertakes projects in the commercial sector having created the garden at ‘The Greenhouse’ restaurant in London’s Mayfair and a number of semi-public open spaces working for leading property developers such as Derwent London.

Their work has been widely published in several magazines and books both in the UK and abroad; 2008 saw the creation of their first show Garden at the Chelsea Flower Show; ‘Summer Solstice’ for sponsor Daylesford Organic (Silver Gilt Medal) whilst in 2014 they were awarded a Gold Medal for the garden they created for the Daily Telegraph.

Tommaso del Buono, CMLI MSGD, left his native Florence in the 80’s to study at the University of Greenwich. After completing his studies in 1987 he worked in London for different practices and, after a 3 year stint at Michael Hopkins and Partners, he joined Arabella Lennox-Boyd’s practice where, in the course of a 10 year long collaboration, he was involved in a wide range of projects both in the UK and abroad. As a garden writer, Tommaso has written for publications including ‘Gardens Illustrated’ and The Guardian, and until recently sat on the editorial board of the Garden Design Journal. He currently sits on the Judging Panel for the Society of Garden Designers (SGD) Awards.

Paul Gazerwitz, CMLI MSGD, studied Landscape Architecture at Cornell University in New York and started his career working in his native USA. After moving to London in 1989, Paul worked for several, award winning practices in the commercial sector, becoming involved in the creation of many large public open spaces and mixed use developments. An experienced plantsman, Paul also joined Arabella Lennox-Boyd’ office in the late 1990’s prior to setting up the practice with Tommaso in 2000. During the last 15 years Paul has developed a keen interest in the history of Architecture successfully completing the restoration of two Georgian houses in London’s Spitalfields. He currently sits on the editorial board of the Garden Design Journal.

In their spare time Tommaso and Paul are busy developing and tending to their own respective gardens deep in the Suffolk countryside.